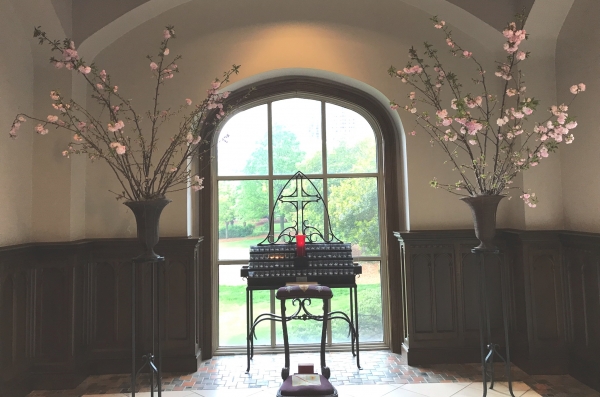 Planned giving is also referred to as gift planning or legacy giving. In a nutshell, it is a donor’s intention to contribute a major gift to an organization, beyond their lifetime. So, unlike an annual gift (an outright gift made for current use), a planned gift is for the future. Essentially, donors make arrangements for planned gifts in the present but they are actually doled out at a later date. Additionally, the major gifts contributed by a donor can be made as a part of their financial or estate plans.


Planned gifts are not limited by a donor’s current wealth. Upon one’s passing, their accumulated wealth often exceeds the amount of one’s regular income-based ability to support the church during life. That’s why most planned gifts contributed by donors take the form of life insurance proceeds, stocks and bonds, or real estate holdings (among others).

The Good Shepherd Society is St. Luke's way of recognizing parishioners who provide for the church's future in their planned giving. Click the button to the right to learn more about it.

Thank you for providing for the future of St. Luke's. I will be in touch within 24 hours to confirm receipt of your form. - Mark Simmons

Director of Membership & Stewardship
404-873-7624 |
Mark loves people! He has worked in the nonprofit world virtually his whole career with major stints at the American Red Cross and two other communities of faith. Mark’s role at St. Luke’s is to help members and newcomers make connections with people and ministries of the parish, in addition to coordinating efforts to fund the church’s ministries. He finds his work fulfilling and important because it helps him and others connect with something bigger than the self and to make the world a better place. Mark is a Louisiana native, but considers himself fully Georgian, having lived his adult life here. He dabbles with making pottery, trying new recipes in his wok, and he always has an in-progress book on his nightstand. Mark and his partner, Kippy, have been together many years and live in Cobb County with their wirehaired dachshund. Mark loves being a part of the warm, welcoming, inquiring, and difference-making community of St. Luke’s.
Stewardship Planned Giving Good Shepherd Society Memorial Gifts