The music for Pride Sunday, October 10, will include music entirely by gifted LGBTQ authors, composers and musicians. The service begins with Alec Wyton’s beautiful arrangement of “Lotus blossom” by legendary jazz artist, Billy Strayhorn. William Thomas "Billy" Strayhorn (November 29, 1915 – May 31, 1967) was an American jazz composer, pianist, lyricist, and arranger, best known for his successful collaboration with bandleader and composer Duke Ellington. Strayhorn’s signature song, "Lotus" was improvised by Alec Wyton at the funeral of Duke Ellington, held at the Cathedral of St. John the Divine in 1974.

In addition to the day’s sequence hymn, “Wondrous Love” from Southern Harmony (1840), the opening and closing hymns are authored by living LGBTQ American hymn writers. We begin with The Rev. Chris Shelton’s text “In your heart, O God, You hold us” sung to the tune, Hyfrydol. Shelton serves as Pastor at Broadway Presbyterian Church in New York City. This hymn comes from a recent anthology of Shelton’s hymns titled “Sing No Empty Alleluias.”

Jonathan Blalock, a tenor in the St. Luke’s Choir, will sing Leonard Bernstein’s “A Simple Song” from MASS at the offertory. Shortly after the assassination of President John F. Kennedy, Jacqueline Kennedy Onassis asked Bernstein to compose a large-scaled work inauguration of the Kennedy Center for the Performing Arts. The result: a Roman Catholic Mass. Bernstein’s MASS received its controversial premiere with 200 participants on September 8, 1971, directed by Gordon Davidson, conducted by Maurice Peress, and choreographed by Alvin Ailey.

During communion, the music of renowned New York musician, Calvin Hampton, will be featured. Several of Hampton’s hymn tunes are found in The Hymnal 1982. Perhaps, the most popular is hymn 469, “There’s a wideness in God’s mercy” sung to Hampton’s tune, St. Helena. In addition to hymn, we will sing his flowing “Sanctus”, and the choir will sing Hampton’s soulful “A Repeating Alleluia” as an anthem. Prior to his untimely death from AIDS in 1983, Hampton was the organist and choirmaster at the Parish of Calvary, Holy Communion and St. George's in Manhattan. He was known for his midnight organ concerts every Friday at Calvary Episcopal Church between 1972 and 1982. These popular concerts frequently provided a brief refuge for Greenwich Village’s gay youth and those experiencing homelessness and addiction. Hampton is regarded as one of the finest American organ composers of the 20th century.

The service will conclude with a hymn by Mary Louise (Mel) Bringle, Professor of Philosophy and Religious Studies and chair of the Humanities Division at Brevard College in North Carolina. Bringle began writing hymn texts in 1999. Since that time, she has won a number of international hymn-writing competitions and been featured as an "emerging text writer" by The Hymn Society in the US and Canada. Her texts and translations are included in publications from numerous denominations, including Roman Catholic, Mennonite, Evangelical Lutheran Church of America, Episcopalian, United Church of Canada, and Church of Scotland. Bringle’s hymn “Walk forth this day in beauty” will be sung to Aurelia, the tune most frequently used for “The Church’s one foundation.” 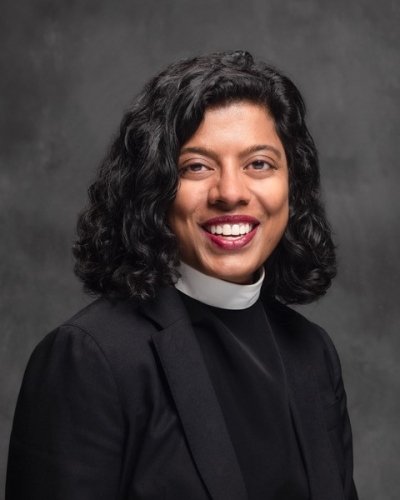 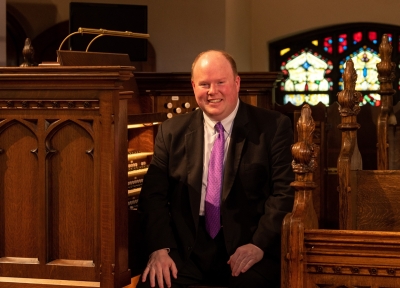 He is a member of the Anglican Association of Musicians, American Guild of Organists, and the American Choral Director’s Association. He currently serves on the committee for the Atlanta AGO Taylor Organ Competition and chairs the Nominating Committee for the AGO Southeast Region. Each summer, he manages the Royal School of Church Music in America’s Carolina Course at Duke University.